The following information discusses the three common strains of marijuana. This article presents information on the legality of CBD in Oregon; and how to legally purchase CBD products.

Power Kush, is an imported strain of marijuana from Amsterdam and is known for an abundance of resin and white and orange hairs. This brand has a strong sweet fragrance, with an essence of strawberry and orange. The Power Kush strain has a THC content of sixteen-percent and .18 percent of CBD. To harvest this strain, it needs two months to blossom.

This CBD strain gets most of its genetics from Harle-Tsu and Harlequin forms of marijuana. This is a highly-concentrated Sativa form of CBD which makes this brand an even ratio of CBD to THC. Experts note, this product produces a gentle haze and stimulates the body.This popular CBD strain relieves stress, nausea, and physical pain and has a sweet cherry flavor and grassy aroma.

This Indica dominant CBD stain is created by combining Luca Brasi and LA Confidential. For this product, both the CBD and THC volume is above ten-percent. This strain packs several cannabinoids into a great CBD product. The product is a mild sedative while providing an intense feeling of overall well-being. Lucy is known for its mild sedative properties while putting a stop to anxious thoughts and feelings. This brand is often consumed in the evening, for its sedative-like effects. The Lucy brand is commonly used to treat headaches and muscle pain.

In Oregon, there are sixty-two thousand registered patients. The yearly medical sales are almost two-million dollars.

The Oregon Medical Marijuana Act of 2007, governs the medical marijuana program in Oregon. A patient who is qualified under this law can possess up to twenty-four ounces of cannabis. The qualifying conditions are:

Where to purchase CBD Oil in Oregon 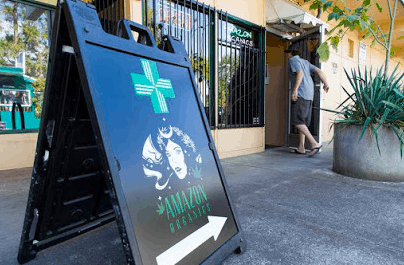 Oregon would like to become the premier supplier of hemp- extract CBD products. Currently, the best option to purchase hemp-extract CBD oil products are the following locations: House of Leaves (Ashland, OR), Amazon Organics (Eugene, OR), Growing ReLeaf (Beaverton, OR), Stone Age Farmacy PDX (Portland, OR) and Collective Awakenings, (Portland, OR).

The Oregon Senate Bill 676, licensed the production of industrial hemp and trade in 2009. Industrial hemp is classified as an agricultural commodity and is regulated by the Oregon Department of Agriculture. The Medical Marijuana Act of 2007, governs the medical marijuana program. The medical marijuana program has annual revenue of approximately two million dollars. Currently, the program has nearly sixty-two thousand registered patients.

The recreational marijuana program in Oregon is in full swing; the 2016 sales equaled close to three-million dollars. By the year 2021, the total annual sales are expected to reach close to one-billion dollars. In 2019 the state of Oregon has made great strides in becoming the premier destination for hemp-extracted products. However, at this time it is more convenient to purchase the CBD oil products online.