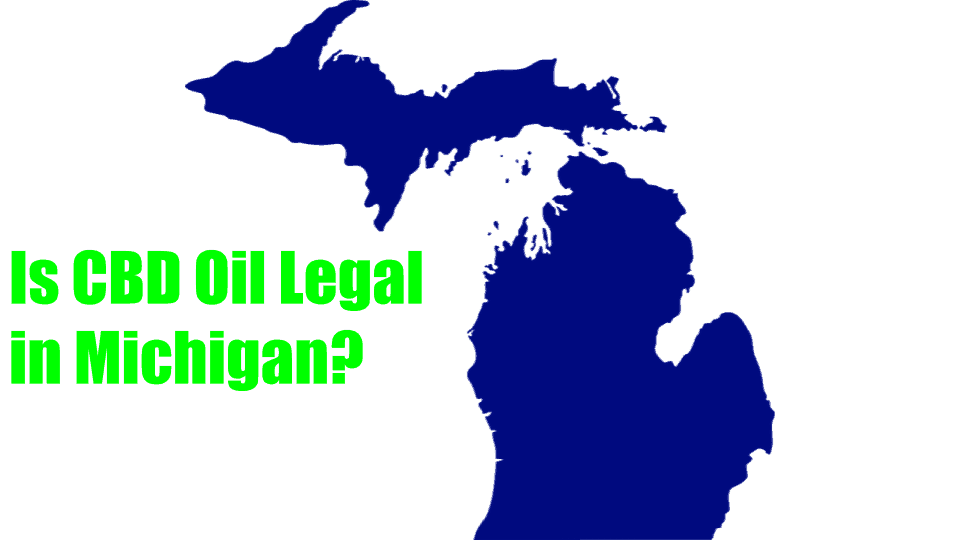 In 2016, Michigan introduced two pieces of legislation to begin its' hemp scheme. The 5440 House Bill of 2016 asked for hemp to be excluded from marijuana definitions, and the 5439 House Bill started agricultural hemp schemes in the state. Nonetheless, the Michigan LARA opted to restrict the sale of CBD oil to medical cannabis cardholders in May 2018. The passages below will explain more about two popular strains of CBD, Michigan's laws governing CBD, and legal ways to buy it.

Developed by Terraform Genetics, Mai Tai Cookies are a CBD rich genetic combination of Alien Orange Cookies and ACDC. This diverse strain is highly frosty, in comparison to most strains of CBD, and it has a unique aroma of cherries and orange peel. People who get high using Mai Tai Cookies experience a reduction in anxiety and pain, due to its' relaxing effects. Its' flower is densely structured, similar to Girl Scout Cookies. The blossoming period lasts for less than a couple of months.

Bred by Tikun Olam, which is a supplier based in the Galilee fields, this Sativa rich strain has 16.5 percent CBD in it, and just trace amounts of THC. Avi Dekel offers amazing analgesic and anti inflammatory benefits, without the psychedelic and opiate side effects of most marijuana strains. It can be used to ease depression, stress, muscle spasms and increase appetite. Also, a modest intake will maintain energy levels, without psychoactive consequences. Nonetheless, the strain does produce dry mouth symptoms sometimes, along with mild headaches.

Nordle is a CBD rich Indica cross between Afghani and Skunk. It is named after the code word Howard Marks used for hashish. It has almost equal quantities of six percent THC and CBD content, and it generates conic buds that smell of fruit and herbs. The Nordle strain is great for night time and evening use, and it eases muscle spasms and pain without causing a constant buzz. This strain blossoms in a couple of months.

Is CBD Oil Legal in Michigan?

The 2010 presentation of House Bill 314 asked the state to acknowledge industrial hemp as an agricultural commodity. Following this, Michigan introduced two pieces of legislation to start its' own hemp scheme. The 5440 House Bill of 2016 asked for marijuana to be defined in a way that excluded industrial hemp. Furthermore, the 5439 House Bill started the state's agricultural hemp cultivation and research schemes.

Nonetheless, during May 2018, Michigan's Regulatory and Licensing Department (LARA) opted to restrict the sale of CBD to medical cannabis cardholders only. Moreover, Michigan now regards CBD hemp oil and cannabis as the same thing. Consequently, for CBD oil to be traded legally in Michigan, the state's medical cannabis laws have to be adhered to.

Under state law, every part of the marijuana sativa L plant is classed as cannabis. The state's medical cannabis scheme is thriving, and it caters to nearly 219k patients. During 2016, it recorded astounding revenue figures of over $651 million. Qualified patients can own 2.5 ounces of usable cannabis, and can grow as many as twelve cannabis plants in enclosed enclaves. This is the legal medical criteria to acquire medical marijuana in Michigan:

Avoid lighting a spliff in Michigan, because it could get you a twelve month prison sentence, as well as a $2000 fine. Nonetheless, conditional discharges are possible too. Since mid 2018, Michigan law has classed cannabis as a Schedule one controlled substance. Nonetheless, that is likely to change soon, because proponents of legal recreational cannabis submitted a petition, with over 365k signatures, to ensure that adult use marijuana would be included on the Michigan November ballot in 2018. Current forecasts are calculating an amazing $939.1 million of revenue by 2021.

Some of the CBD oil stores in Michigan, operating in 2019, are Jazz Club Detroit (in Detroit), King Seaweed (in Detroit), Cafe Liv and Wellness (in Ann Arbor) and The Green Door (in Ann Arbor). You can find quality CBD Oil companies and find out about the legality of other states on cbdoilpolice.com as well.

In 2016, Michigan implemented two pieces of legislation to kickstart its' hemp scheme. The 5440 House Bill of 2016 gave a definition of cannabis that excluded hemp. The 5439 House Bill launched agricultural hemp schemes throughout the state. Nonetheless, during May 2018, CBD oil sales were restricted by LARA to medical cannabis cardholders in Michigan.

Michigan has a successful medical cannabis scheme, which caters to nearly 219k patients, and generated amazing revenues of over $651 million during 2016. Finally, avoid lighting a spliff in the state, because it could get you a twelve month prison sentence. Notwithstanding, adult use marijuana will be included on the Michigan ballot in November 2018.