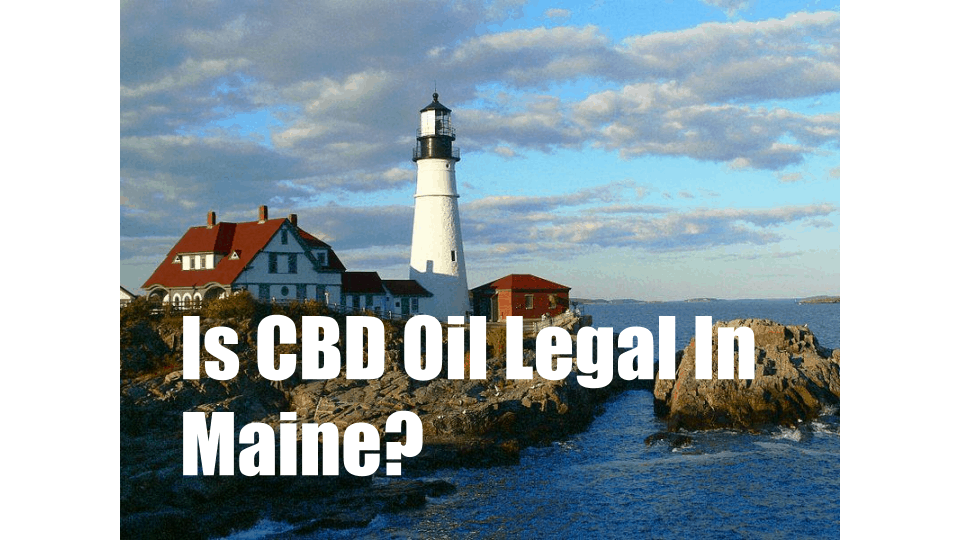 Industrial hemp cultivation became legalized in the state of Maine when LD 1159 was passed in 2009, and then further expedited when LD was enacted in 2015. Maine's medicinal marijuana program has been in existence in some form since 1998.

In this article, we will be discussing hemp history of the U.S., two of the most common CBD-rich strains, where to buy it legally, and is bcd oil legal in Maine?

Hemp History in the U.S.

Many historians report that hemp came to North America for the first time in 1606. It was grown primarily for fiber within the European settlements for centuries across Canada and the US. From 1840 through 1860 the industry thrived in Kentucky, Illinois, and Missouri. By the 1900s, it was confined just to Kentucky.

During World War I, the hemp fiber industry expanded temporarily to 12 U.S. states. The 20th-century hemp fiber became a lot less competitive for apparel, rope, and paper and reduced to only minor usages like for waterproof packing and similar uses.

The Wife -- A Strain Rich in CBD

Terrapin Care Station developed The Wife and is a powerful CBD hybrid that has a potent 20:1 ratio of CBD to THC. This strain provides conventional CBD-dominant elements that feature a fresh cherries flavor. It gives a calming relaxation with no psychoactive haze. The Wife can be used for controlling many physical ailments like chemotherapy side effects, migraines, nausea, and chronic pain. However, it can cause dry eyes occasionally.

This CBD-dominant hybrid strain and well-known for providing you with an energetic and euphoric mood. The strain won the Best CBD Concentrate 2015 award in Denver at the High Times Cannabis Cup. OG Tonic has also been proven to help with headaches, insomnia, nausea, depression, and fatigue. It is available in woody, earthy, and pungent flavors. However, it will give you dry mouth occasionally.

Is CBD Oil Legal in Maine?

In 2009, LD 1159 was passed by the Maine legislature to allow all residents of Maine to cultivate industrial hemp as long as if she or he is licensed with the Bureau of Agriculture, Food and Rural Resources. In 2015, Maine passed LD 4, that eased the requirements on hemp growing that had been laid out in the 2009 Act. Any grower is required by the current bill to procure hemp seeds that are only from hemp seed producers that are state approved.

Medical Marijuana in the State of Maine

In the state of Maine, there are nearly 54,000 registered patients, who also can legally grow up to a maximum of six marijuana plants. Medical sales in 2017 were almost $53 million, and it is projected to be $35.5 million for 2021.

Maine's medical marijuana program has existed to some extent since 1998. These days, qualifying patients that have the following conditions can legally obtain up to a maximum of 2.5 ounces of medicinal cannabis in Maine:

Recreational Marijuana in the State of Maine

If you can drink in Maine legally, then you can consume recreational marijuana legally in Maine as well. Maine became among the first states on the East Coast in 2016 that sanctioned a referendum allowing the legalization of the use of marijuana by adults. It expected that adult-use cannabis retail sales would be starting in early 2019 and the Maine Bureau of Alcoholic Beverages and Lottery Operations (BABLO) will be regulating it. Initial estimates are pointing towards a massive $126.2 million of sales by 2021.

Where to Purchase CBD Oil in the State of Maine

You can always purchase CBD products online that will provide you with a broader range of options, delivery services, and wholesale value. If you would rather support a local business then CBD stores can be found all across the state of Maine. Some that we would recommend include: REMEDY Compassion Center in Auburn, ME, Not Another Glass Shop in Topsham, ME and Empire Vape Shop in Waterville, ME.

The passage of LD 1159 in 2009 made industrial hemp legal in Maine, and it was expanded further by passing in LD 4 in 2015. The medical marijuana program in Maine has existed in some form since 1998. Currently, qualifying patients may lawfully obtain up to 2.5 ounces of medical cannabis in the state. Finally, you can confidently light up your joint in Maine.  To learn more about the legalities of CBD in other states, check our other posts on cbdoilpolice.com.