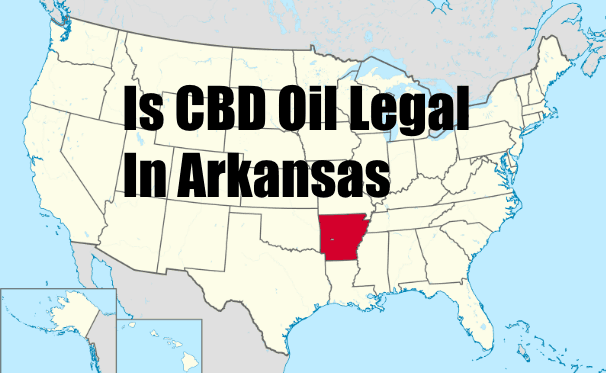 The use of CBD oil has been legalized in the state of Arkansas by enacting the Arkansas industrial hemp Act in 2017. In order for the product be considered hemp or CBD, the THC content has to be no more than 3%. The Arkansas medical marijuana amendment was also approved by the natural state.

CBD is short for Cannabinoid oil and possesses anti-inflammatory, antianxiety and analgesic properties. It also does not have any psychoactive effects which basically refers to the high that is offered by THC. From a medical and legal standpoint, the ability to heal without altering your state of mind is one of the most valuable properties of CBD.

This is one of the reasons as to why farmers, doctors, and patients are all interested in learning how to grow high CBD strains of hemp that contain less THC and more cannabinoid. Ultimately, this strain will help treat several chronic medical conditions, and it is therefore highly sought-after. A hemp strain that has at least 4% CBD content is considered high. Here are two of the top CBD hemp strains that are available today:

Hailing from Colorado, Charlotte's Web has a 20% CBD content and therefore ranks among the highest percentages in the US industry. The name of the CBD oil itself is interesting, and in fact, the strain was named after a five-year-old girl who was suffering from 50 seizures a day until she was treated with the strain and it miraculously healed her of this condition.

ACDC is well known for its exclusive 20:1 ratio of CBD to THC. The plant is a hybrid collaboration of 50% Sativa and 50% Indica, and its genetic makeup is quite unique. However, it still has the capacity to extinguish a huge amount of its THC content. Patients suffering from chronic anxiety will definitely benefit from this cannabinoid.

The Arkansas industrial hemp act was enacted in the spring of 2017. It thereafter announced a research pilot program for the natural state to be governed by the Arkansas Plant board which was in partnership with the University of Arkansas. The act permits participation by market researchers, processers and farmers and is not merely limited to universities alone.

In a nutshell, it is legal to purchase CBD oil products in Arkansas just as long as they contain a maximum of 3% THC. In the event that it does not contain a minimum of 3% or has a higher percentage of THC, it is referred to as medicinal marijuana, and you will need to be a patient in order to qualify to use it.

In times gone by, Arkansas has enforced strict marijuana laws with the possession of any amount of cannabis being deemed a misdemeanor. However the Arkansas medical marijuana amendment in 2016 was approved. Therefore, a citizen of Arkansas that is suffering from severe medical conditions is allowed to legally purchase medicinal marijuana. However, you need to have a prescription from a licensed doctor prior to gaining access to cannabis. There are between 5000 and 10,000 registered patients in Arkansas as of 2019. However, you are still not permitted to consume cannabis recreationally either at home or publicly.

Where to buy CD oil in Arkansas

CBD oils are available in brick-and-mortar stores as well as online stores. You're are also not subjected to specific criteria in order to purchase CBD oil in Arkansas. One of the best sites to purchase from is Kat's Naturals since they have a high-quality CBD and they offer fast delivery.

So ultimately, it's legal to buy CDB oil in Arkansas since The Arkansas Industrial Hemp Act in 2017. However, if the products contain more than 3% of THC, you will need to be a patient and receive certification or a permit in order to purchase medicinal marijuana. Patients would like to gain access to medicinal marijuana can enlist themselves in the medicinal marijuana program by gaining consent from a licensed physician.

Although CBD is available in brick-and-mortar stores, purchasing online is more convenient as it gets delivered to your door and you also have access to a wider selection than if you purchased from an ordinary store.